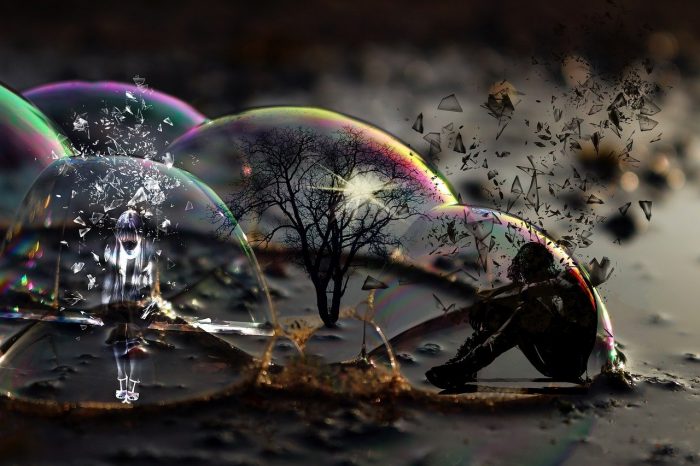 “I think so. I think it’s coming from there,” Aella pointed and I looked. It was an area fifty metres from where we stood. The trees had grown luxuriantly, forming a dense canopy through which the struggling night light could not penetrate.

“A perfect ambush,” I whispered, rather to myself.

“They are waiting for us there,” Aella affirmed. “They’ve cut us off.”

I rummaged through my mind for an alternative plan.

“We could go there,” I pointed towards the missionary school. “It’s nearby here and after all, it’s easier to guard a building with limited points of entrance than facing an attack out in the open,” I put my combat strategy experience from the school of Netflix into good use. Aella’s gaze drifted to where I had pointed as she considered my plan. Then she turned to me.

We left the main path and plunged into the side bushes. I had been to this place before and I could easily lead us to the school’s compound. A minute later, we emerged outside the institute: a two storey building of modern design. Its walls were still new, unmarred by time. There was a small field in front of the school’s entrance surrounded by a thornbush fence. The gate to the compound was right in front of us and we got to it quickly. Aella stood behind me as I struggled to open the access. The gate was chained and padlocked. I fumbled with fortress of a lock hopelessly.

“Damn! It’s locked.” I shook the gate in frustration.

“Here, let me,” Aella said as she moved to the gate. I shifted back. She lifted her fist and it began glowing. Bright light emerged and her sword appeared. She flashed the sword at the chain and it snapped like a burnt reed.

“There you go,” she announced casually as she moved a step back.

I was ashamed of my incapability and I hurried silently to open the gate. The sword in Aella’s hand disappeared as the light faded. We went into the compound and I swung the gate shut behind us. Aella was scanning the clearing when I came to her. The door to the school building was locked. Breaking through the huge oak doors was a formidable task for any normal person but I doubted if Aella would have any much trouble with it.  She rushed to the doors and immediately her hands began to glow.

“Mmh..?”  Aella questioned, turning back to face me.

I rubbed my fingers together as I tried to fight the night’s cold that was numbing my fingers. I looked at her.

“We can go through the windows, that way we don’t have to break the door. It’s much easier to guard windows and a locked door than a broken one, right?”

“Mhm, yeah. That’s very thoughtful of you,” she replied smiling.

The windows were open and at a small distance off the ground so we had no trouble getting in. I dropped into the dark room after Aella and then waited for her to find the switch to the lights using her night vision talent. I stood in the darkness for a brief while before the lights came on. Surveying the place started immediately.

The area looked like the school’s reception. Aella was at the other end of the lounge’s extensive space, beside the entrance doors. I turned back. A wide concrete stairway which led to the upper chambers rose a few metres from where I stood. The classes had to be upstairs, I reckoned.  From the lobby’s entrance, where Aella now was, were four smaller rooms, probably reception related offices, integrated neatly in its hallway-like space: two at the left while the other two were on their right. I was standing close to the lounge’s left wall that had the window through which we had come. So I started walking to the nearest room on my side, my shoes echoing in the silent night as they struck the marble floor. Aella was also exploring the other chambers on the right.

“This is a really nice school,” she whispered into my mind. I was surprised that we could still communicate through our minds. We were at least ten metres apart.

“Yeah, they wanted followers that badly,” I answered dismissively, carrying on with my sigh-seeing of the office space.

“Why do you say that? Don’t you believe in what they are doing?”

I had never trusted any religion, really, and so I was sceptical about the ‘good intentions’ of the missionaries. I kept quiet. Aella turned around to look at me. She regarded me for a while.

“Never mind,” came her elusive thought and then she turned back around.

“Yes?” she answered calmly, facing me once more. With her blue eyes looking directly into mine, the distance between us was insignificant.

“I don’t believe in Theos,” I confessed. Aella left the last room she was checking, turned and walked to the centre of the lobby. I was also done with the other two on my side and so I decided to join her. I strolled to where she was standing, halted just beside her before dipping my hands into my pockets as I tried to make them cold-proof.

“Perhaps when I tell you the whole truth about me you will consider your standpoint on Theos,” Aella started.

The hub of the school’s lounge had a number of seats for those who were waiting to meet the officials in their offices. I grabbed a chair and handed it to Aella. Then I took mine and placed it beside hers. We sat, regarding each other musingly.

“You should tell me then, the story I mean, since we have all the time in the world,” I smiled.

“Yeah, maybe I will,” Aella smiled back.

“Why were we going to a church in the first place? I think somewhere like the police would have been more appropriate.”

“You should probably wait till you hear my big reveal, and then you can be the judge of that, don’t you think?”

I was anxious to hear the explanation for the things that had happened this night. If I had not been the witness of them, I would have been the first to declare shrink-worthy the person who would have dared narrate them to me.

Before Aella opened her mouth to answer, something clattered upstairs. It sounded as though someone had crashed into a table and knocked off something that was on it.

“I’m not sure,” Aella whispered back.

“I’ll go check it out,” I volunteered. Even though I was petrified, I knew I had to be ‘the man’ this time. I stood up and started heading to the stairs. Aella rose and hurried after me. She caught me by the shoulder.

“Let me do it,” Aella offered in a soft whisper, staring into my eyes intently. I opened my mouth to protest but she spoke into my mind before I could.

“Let me, please. I can see in the dark.  I don’t have to switch on the lights and alert our enemy. The Nephilim may be trying to sneak up on us.”

I gave in with a sigh. Never would I have accepted it but for the tactical reason. Still, I hated my uselessness. And as I turned away, I was angry at myself.

“Nik,” Aella called, stopping me before I could walk away. She took my hands into hers. “Theos did not create anyone useless… You’re so much more than you know.”

Then she hugged me so suddenly and tightly that I felt my anger ebb. I was extremely disappointed when we separated. It felt so…complete…when we hugged and didn’t know why. Aella left me and started her way to the stairs. She climbed the first step quietly but swiftly.

“Aella,” I called out to her in my mind.

“Yes,” she replied softly, turning back to face me. I looked into her blue eyes absorbedly and my heart flooded with emotions.

Aella smiled, and then nodded. She turned to the stairs and continued climbing. I watched her until she disappeared into the darkness. Then I stood motionless for about a minute before I felt a disconcerting presence behind me. I turned.

“Aella!” I could hear my own scream in my ears.

Then…the world dissolved before my eyes into abstract darkness.