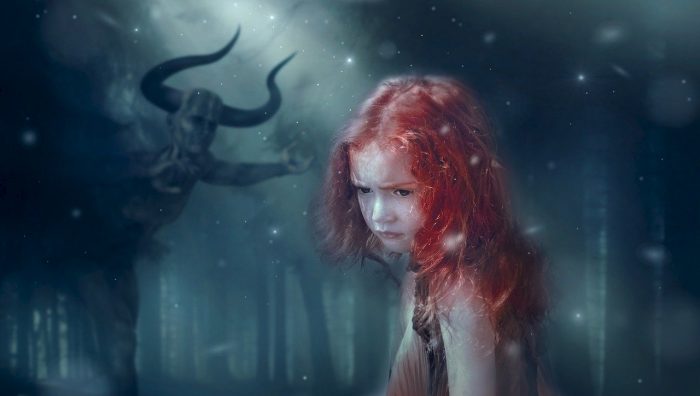 Aella’s face was a beauty I could lose myself in. Her eyes were a sea of blue I could drown in. Yet it was the emotion in them that had me convinced that their sincerity was incontestable. I looked into her eyes and felt as if I could trust Aella with anything, even my life.

“Alright, where do we go then?”

“Anywhere but your house. Do you know of any nearby church?”

I thought hard. The only nearby church was a Catholic cathedral about half a kilometre away.

“Likoni cathedral is not very far from here; five hundred metres, I reckon,” I told Aella who was scanning the surroundings with the focus of a hawk.

She turned to me.

“Alright, we have to get there, and fast.”

We spun and started running towards the rusty gate from where we had come. I was running as fast as I could but I could tell Aella was hanging back for me. In seconds, we had crossed the field and were approaching the gate. Suddenly, Aella grabbed a hold of my hand and stopped me. She fell into a crouch in the cover of a dense patch of overgrown grass beside her and I followed her move almost instinctively. I was panting and sweating. I knew Aella had seen something and so I forced myself to breathe evenly and less noisily. As I focused my vision on the gate, the cloud of darkness hovering above it became visible over the faint streak of moonlight. A cold draught blew over the hinged metal and it creaked. My mind quickly matched the danger with the attackers from before. Still, I had to confirm it.

I was not sure if that was the name of the men who had attacked her but I had heard Aella call them that. I was not even certain that they were, to say the least, men.

“Yes,” she replied, “I’ll take care of him while you run to the gate. We move on the count of three. Okay?”

I only had a few seconds to amass the required adrenaline.

Time froze and for a moment, everything unfolded in slow motion. Aella leapt, shot forward and burst into flames. I could see her ‘Victorian dress’ getting consumed, melting away in the brightness as the unearthly satin dress took its place. She was glowing brightly in the bluish light once more. On the ground, my legs stamped down one after the other, as I burst in top speed towards the gate.

At the gate, the dark cloud was coalescing, wisps and threads of smoke knitting into the fleshly form of a creature. And in no time, the beast’s dreadful roar pierced the sky to herald the completion of its transmutation. A monster prowled by the rusty barricade, it was everything along the lines of a vicious white-rhino-sized African lion with the rhinoceros’ abysmal temper. The terrifying beast roared again to brandish its huge saliva-dripping canines before leaping after its target claws first. I feared for her, yet Aella marshalled undeterred in the trajectory that was leading her straight into the arms of a grizzly death. Time was imperceptible before the beauty and the beast clashed. The monstrous claws clutched a fistful of air as Aella slithered with uncanny dexterity to the beast’s back. Her hands erupted in a mist of bright light as soon as she made landing on the creature’s vertebra, bringing her twin swords into a shimmery existence. The straddled monster did not take kindly to the added weight on its back. An angry roar confirmed its discontent and then followed a ferocious wriggle as the beast tried to shake off Aella’s magnetic mount.  But it might as well have been a mere rodeo challenge for her; Aella swung expertly to the rhythm of the tussling and jostling, determined to come off the beast’s back only at her own volition. There was no doubt that the creature had come to the same conclusion because its struggles died suddenly. I caught its snarl almost immediately after. The beast’s fiery eyes had locked onto me with a clear intent: to rattle Aella’s nerves by tearing me apart. The lorry-sized lion made its play in a frightening pounce towards my direction. My total dread overcame my epic run, bringing me to a frozen halt; and there, I watched the beast ride the air between us, canines and claws first.

The last thing I saw when the vision of death had reached me was the flash of Aella’s twin swords. I had closed my eyes soon after, haunted only by that one thought: had she made her move against the monster too late? I knew there was no way I could survive an impact with the beast that most certainly outweighed a saloon car. My window of survival had long closed: I was going to die. With that conclusion, I found myself preparing my mental being for whatever sensation death brought, or took away.  And when the gushing of a cold wind smacked me head-on, I had no doubt it was the transition from my corporeal state to the ethereal one the local missionary priest always loved to describe.

“Wow, you could have picked a much better time to fall asleep, Nik,” Aella’s winded voice made me open my eyes. She was standing at arms’ length from me with her almond eyes, pithed with blue fire, searching through mine with apparent fascination. I shifted instinctively to my sides as I sought the much-needed rationale for what had happened. To my right, the decapitated torso of the monster lingered briefly at my sight’s reach before crumbling into smoke seconds later. I switched to the left just in turn to see the missing head puff into a thick murky fog the same way the rest of its body had done

“It was heading right at me,” I whispered breathlessly.

“There’s no way I was going to let it get you,” she replied, taking up a firm reassuring voice this time. Her hand reached out for mine, “More are coming, Nik. Where do we go from here?” Aella’s glow faded as I took her hand, and with it the unearthly embroidered dress. I stopped to compose myself with a deep intake of fresh air before casting my eyes past the gate. The unorganised array of newly constructed houses spread out across the horizon under the moonlight. I pointed west with my other hand. I could just make out the tip of the cross on top Likoni Cathedral soaring in the open sky.

“There! That’s the shortest way,” I gestured towards the area on the horizon which seemed short of settlements as I breathed raggedly from the scare of my life. “The place has few houses and the way is fairly straight. We’ll get to a school building first before we reach the church.”

We passed through the gate and started off west. This part of Likoni was less inhabited than the eastern side and that fact didn’t do much to boost my confidence in our safety. We went by a few houses and then came to a meadow. Likoni was a town that grew from a seaside plain only a few years back. Wildflowers and briar-like bushes from before the habitation were still thriving in the unoccupied parts of the town. I had always liked to visit this area of Likoni because of the beauty of the countryside. The wildflowers looked breath-taking under the sun and even more beautiful when they swayed with the gentle wind as it flowed over the plain. It was a pity that the moonlight was barely penetrating the clouds and we could only witness a part of that beauty. I had a feeling that Aella would have loved such a sight.

We moved through the tall grass hurriedly, following a crude path between the luxuriant vegetation. The route was relatively straight and without many houses. We could see the bell tower of the cathedral after ten minutes of walking. We hadn’t crossed paths with a single soul since we started off and that was not contrary to my expectations. The people here were exceedingly superstitious and night crawlers were not so highly regarded. In my mind, I toyed with the thought of what Principal ‘Belly’ would say if he saw me walking at night in the middle of nowhere…with a girl. He would probably be too shocked to open his mouth.

I barely suppressed the smile.

“What’s so funny about facing your death? Let me in on it,” Aella said, rather abruptly. She looked at me, flashing her white teeth that were flawlessly arranged in her delicate mouth. Her smile had caught me off-guard.

“Nothing,’ I answered, “just a wild thought.”

Aella looked at me intently for a while then shook her head smiling.

“Nothing,” she answered, shrugging her shoulders.

Nothing about Aella could betray the fierceness that laid within her.  Her features were so delicate; from her beautiful big azure eyes to her dainty nose and fair skin. She looked extremely beautiful, graceful and elegant. But ‘deadly’ was not an adjective that could describe her; not in this moment, at least. I turned my head to steal a glimpse of her face and met her eyes instead. She too had turned to look at me. The flush of pink on her cheeks was unmistakable, even under the night’s faint moonlight. And just like that, I lost all the air in my lungs.

The moment, though, was cut short by the howling of the wind as it whistled through the tall mango trees that hunkered over the path. Everything about that wind was not normal. Aella stopped suddenly, bringing me to a quick halt. From where I stood, I could see the school that I had told her about. It was a missionary school built by the same people who had started Likoni Cathedral. The cathedral itself was not far from here and half of its building was visible beyond the shadowy outlines of swaying trees. It was hardly two hundred metres following the narrow road that looped between the imposing figures of twin baobab trees just ahead of us.

“Then they must be waiting for us ahead. The wind which blew past us, it was them, wasn’t it?”

“How about now, you still do?”

“I think so. I think it’s coming from there,” Aella pointed and I looked. It was an area fifty metres from where we stood. The trees had grown luxuriantly, forming a dense canopy through which the struggling night light could not penetrate.

“A perfect ambush,” I whispered, rather to myself.

“They are waiting for us there,” Aella affirmed. “They’ve cut us off.”