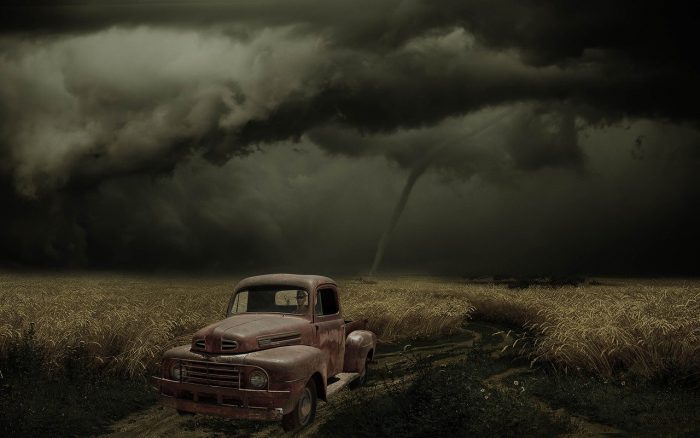 The night was now very dark. In front of me, the soft beating of Aella’s feet on the bare ground increased. I soon realised that she was almost running. The numbing at my fingers told me that the night’s temperature had also gone down, way down. A brief breach in the cover of the clouds let through some moonlight and the night was lit but for a second. I saw Aella dash forward with amazing speed. She leapt from the ground, flying what seemed like five metres straight into the air.  My eyes were still pasted on her as she hang motionless in the sky but for a fleeting moment, and then… Aella burst into flames.

Black smoke descended from dark grey clouds in swirling pillars. Frozen where I stood, I could count four such masses of the shadowy plumes. My heart was beating faster than I thought possible and for a moment, my mind was devoid of function. Then I recollected my senses seconds later and my thoughts rushed to one person: Aella. The pillars of smoke had each materialised into humanoid forms and the four ‘men’ were now closing in, from all directions, on a lone figure. The figure was glowing brightly, reminding me of a familiar scene…  Aella, she had exploded into flames! With my newfound cognisance, I watched as Aella floated in the air in a casual manner, waiting for the advancement of the men-from-the-smoke.

Her attackers were clad in draped black tieback robes and were heavily armed with what had to be medieval weaponry. The self preservatory fear in me began to wane, eclisped by the increasing concern for Aella. She, though, didn’t seem the least bit troubled as she hovered in the air, almost anxious to meet her assailants. They converged quickly to about ten metres from her in every direction. Though they bared their weapons looking as fierce as ever, they were clearly hesitant to attack her. Aella stretched out her hands wide and closed her fists. Bright blue light emerged from each closed palm and shot up. The light began to take material form, and as it diminished in brightness, a thin medium-sized sword was left in each hand. The swords had blue hilts decorated with sparkling gems and their blades glowed with bluish light. Aella pointed each blade to either side.

“Nephilim!” she shouted, casting brief glances left and right from where she floated. “What is your cause here?” Aella was ready for an attack; that was clear. The men did not reply but instead paired up on both sides of her person as if they were planning a double assault on her. All this time, I had not taken a close look at Aella. I focused my sight on her and realised that the self-made Victorian dress was not what she was wearing. Before I noted anything else, the first pair on her right came upon her in a blur. The ten metres separating the combatants seemed like a centimetre when, in barely more than a second, their swords had clashed.

Aella was agile; she danced her way into the space between her attackers, her blue swords striking both targets like lightning and just as deadly.  The two men had not expected the movement and could only pull off a late artless parry with their longswords.  Though her manoeuvre had seemed almost effortless, the shock of the impact on her aggressors’ blades suggested otherwise. The assailants were flung to either side by the force that backed the deafening collision as blue waves of disturbance progressed from Aella, the air around her crackling with her expended energy.

The other waiting pair reconsidered their attacking strategy; they dissolved into black smoke and materialised above and below Aella. Seeing the change of tactics, Aella dove to the ground swords first. The man under attack had no time to move and he remained frozen in the air as Aella plummeted towards him. As soon as the other assailant realised the danger his companion was in, he dived in after Aella. But the move had come too late; Aella was already upon his counterpart and her blades sank into the man’s shoulder blades, puncturing his lungs and heart. In an even quicker motion, she flipped, stepped on her victim’s head and launched herself up to meet the incoming attacker.

Their swords met, clashing with the boom of thunder. The combatants remained engaged in mid-air as each tried to subdue the other. Then Aella dissolved into blue light, reappearing just above the man’s head. Desperate, the man flipped into the air to meet Aella but as he turned in motion, she leapt onto his chest and stabbed him with both swords. The aggressor was experienced and he managed to parry one sword as the tip of the other escaped him and sliced into his left shoulder.

Then Aella hit his chest with both her legs and used the reaction to flip backwards, drawing her sword from his flesh. The man gasped in pain as blood poured from his mortal wound. In that state of momentary shock, the attacker did not see Aella’s sword as it flew from her grasp. The blue blur shot from Aella’s left hand and met the man unawares, piercing right through his heart. The fight was over in seconds, it seemed. Aella’s defeated foe burst into black smoke, his remains dissolving into the murky night.

My knees buckled and I felt my legs weaken under my weight. Overwhelmed, I fell to the ground on my knees. Aella descended from the sky and landed in a crouch about twenty metres away from me. Slowly, she rose herself up to full height letting my rapt eyes take in the sight. She was wearing a long white satin dress covered with embroidery that interlaced with small black gems. Around her neck was a necklace; a piece of jewellery both unearthly and beautiful in such extremities I doubted if it was actually permissible to freely savour its sight. It was all stunning, fierce and elegant; Aella looked like a queen. With the night wind flowing through her hair, she walked in unmatched grace towards me. And in that moment, I was convinced that I could have mistaken her for an avenging angel and I wouldn’t have noticed the error.

As she marched towards me, her twin swords burst into bright blue light before disappearing the same way they had come into existence. Her glowing also diminished with every step that she took towards me. And as the ‘supernatural’ was progressively scrubbed from the scene, the returning normalcy trigged my mind begin to tinker with the possiblility that I had probably imagined everything…

Then I felt someone lift me up from my knees. When lifted my eyes to her, Aella was no longer glowing. She now had the improvised Victorian dress back on. Her face was a mask of worry.

“Quick, Nik! Get back to your senses,” she spoke firmly into my mind. Her voice yanked me back to reality and I struggled to process the past minutes’ events.

“What are you? Who are those men that attacked you?” my bewildered mind took over.

“Hurry, Nik! I’ll tell you later when we are safe. We’ve got to get away from here.”

“Where are we going?” I asked. The fight had taken us to the other side of the field and my home was just near. When Aella said ‘away’, she didn’t seem to have my house in mind.

“We can’t go to your place now, Nik. We don’t know who they came for. We’ll be putting your whole family in danger if we lodge at your house.”

It felt as if my mind had regained its clarity when I looked at Aella, sceptically by all definition. How was I going to believe her if all she had told me from the time we met were lies?

“You have lied to me from the very first word. How do you expect me to believe you, Aella?”

“I’m sorry about all of it, Nik. I really I am. But you have got to trust me now. You may be in danger!”

“For God’s sake Aella, how do I know that you are not that danger?”

Aella took my hands into hers and plunged her eyes into mine.

“Look into my eyes. Read my mind. Tell me, do you see any malice in me?”

Aella’s face was a beauty I could lose myself in. Her eyes were a sea of blue I could drown in. Yet it was the emotion in them that had me convinced that their sincerity was incontestable. I looked into her eyes and felt as if I could trust Aella with anything, even my life.

“Alright, where do we go then?”

“Anywhere but your house. Do you know of any nearby church?”

I thought hard. The only nearby church was a Catholic cathedral about half a kilometre away.

“Likoni cathedral is not very far from here; five hundred metres, I reckon,” I told Aella who was scanning the surroundings with the focus of a hawk.

She turned to me.

“Alright, we have to get there, and fast.”

One thought on “Angeions Episode 5: Nephilim”