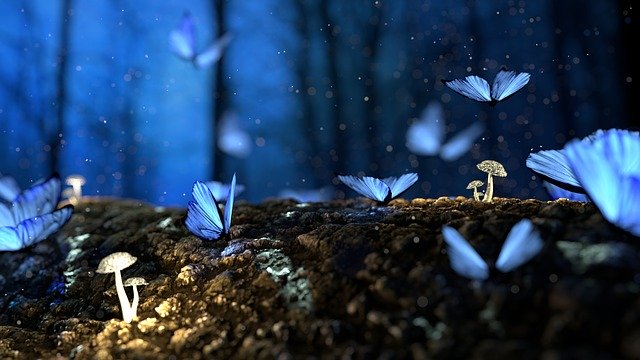 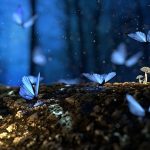 What thing does man seek that he finds not,

For which he has turned the world so upside down?

Where naught has escaped his twisted obsession,

In such extremes that great evil has found concession.

I strode into the room in brisk steps. My heart was pounding. I was afraid, I realised. I stumbled on through the darkness, feeling my way till I touched the nearest wall, and then I followed it. Within few steps, I had reached the corner of the room. The texture of the wall seemed to have changed, it was smoother now. Something cold touched my hand and I recoiled. Daring the sensation, I stretched my hand once more to what had unnerved my skin only to discover that it was a knocker. So I tried to push inwards hoping a door would open. For a time, nothing budged. But just when I was about to give up, part of the wall moved and opened into a small chamber.

Some feeble light was streaming into the room from a small window at the top of the marble wall that formed it. The window was of an intricate design, probably Middle Eastern. Even in the weak light, I could still make out other features that graced the space.

At the centre of the expanse stood a rectangular mass of rock which was as clear as glass. It felt ancient and enigmatic. I gazed at the rock intently not realising that I was slowly walking towards it; until I stood barely a foot from it. Then I tempted fate and took yet another step forwards. And that’s when the human form appeared within the transparent mass of the mysterious stone.

Her silky black hair flowed in smooth curls over her shoulders, accenting her seemingly flawless face, beckoning me to explore its intricacy. I dared not ignore the offer and so I delved into the vision that was her appearance. Big almond-shaped eyes, blue like a clear summer’s sky, rested gracefully beneath long curved eyebrows. They had me trapped, those eyes, so completely enchained that I disregarded my need to breathe. She smiled. Her shapely lips that stood so red between her rosy cheeks had to be the softest thing on earth, I reckoned. But maybe her cream-coloured skin was more deserving of that title. I couldn’t say. One thing was clear, though; the girl in front of me within the mass of glassy rock was, to the best of my knowldege, simply angelic. And I was stunned.

I stretched my trembling arm and placed my palm on the surface of the stone, eyes fixed unwaveringly upon hers for the fear that just as she had appeared, she would fade away the same way into the nothingness of my imagination. But then the cold surface of the rock turned warm. Puzzled by the change, I looked at where my hand had rested on the stone Her delicate palm was now touching mine, and I felt my heart melt…

One thought on “Angeions Episode 1: The Dream”